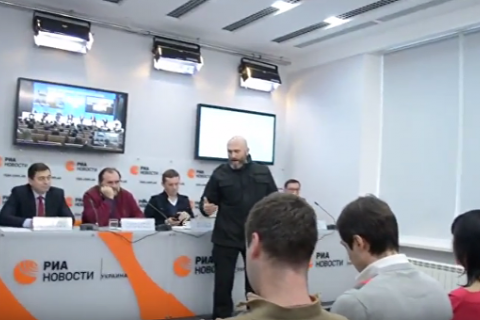 Around 20 people burst into the Kyiv office of the state-owned Russian news agency RIA Novosti on 19 December, demanding that a TV conference with Ukrainian cities within the framework of the congress of Ukrainian communities of Russia be stopped.

"Aggressive youths demanded that the event be finished and chanted anti-Russian slogans," the Kremlin-controlled agency said on its website.

Its journalists did not leave their workplaces and called the police. After they arrived, the young people left the office of the agency.

Currently, it operates as usual.