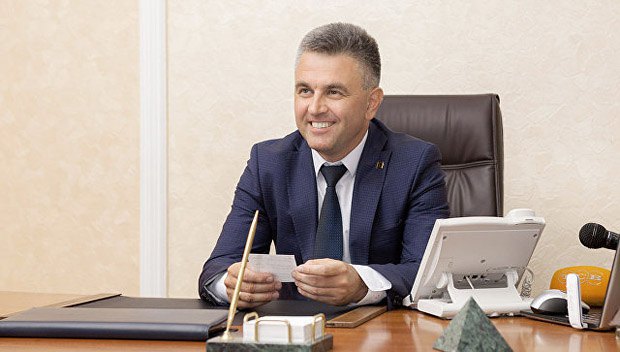 Vadim Krasnoselskiy's victory in the first round of the Dniester presidential election was not unexpected. Incumbent leader Yevgeniy Shevchuk no longer suits the Kremlin, and the local population has grown pretty much disappointed with him. A large-scale propaganda campaign in support of Krasnoselskiy and Shevchuk's media passiveness were the early signs of a coming change of power. But first things first.

It takes an hour by a minivan to get from the Privoz bus station to the Kuchurgan checkpoint. Ukrainian border guards are stately, reserved and more focused on drinking their coffee than carrying out their duties. After 500 metres of the transit zone, the bus stops at the Dniester checkpoint Pervomaysk. It presents a striking contrast with Ukraine. Dniester border guards are sullen, angry and unfriendly. Since the bus goes to Chisinau, a border guard asks:

"Who is getting off in the Dniester region?" I immediately answer that I am.

"Follow me," the border guard says in a strict official voice.

I approach the checkpoint window:

"Where are you going?"

"Purpose of your visit?"

"Where are you going to stop?"

"Nowhere. I am from Odesa and will return home in the evening."

"You should give an address in Tiraspol anyway".

"1, Karl Liebknecht Street. I also want to watch football at the Sheriff stadium." 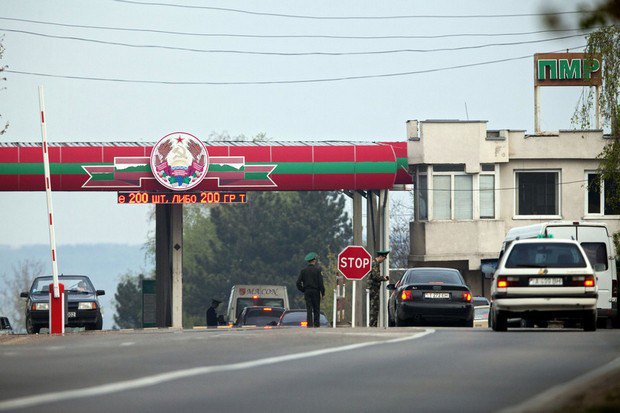 It takes a minute and the border guard returns to me my passport together with a piece of paper looking more like a restaurant check than a migration card. Printed on the paper are the address in Tiraspol which I mentioned and the time when I should leave the territory, in exactly one day.

And as we move just one kilometre away from Pervomaysk, there is a billboard by the roadside near a filling station, saying "Krasnoselskiy's programme is the programme of United Russia" and showing the face of the head of the republic's supreme council [parliament].

There is no bus terminal in Tiraspol as such. The ticket office of the central bus station is located inside the railway terminal, but it is not easy to find it:

"I'm sorry, could you tell me where the bus station is?" I ask the first taxi driver I see.

"Where is the bus station?" I repeat.

I did not get a clear answer from the annoying and rude taxi driver where the bus station ticket office is. So I had to look for it on my own. The girl at the ticket office could not say for sure whether there is going to be an evening bus to Odesa. A hundred meters away from the station, I noticed a poster, "The republic is our pride!", and a plaque, "Polling station No 230". 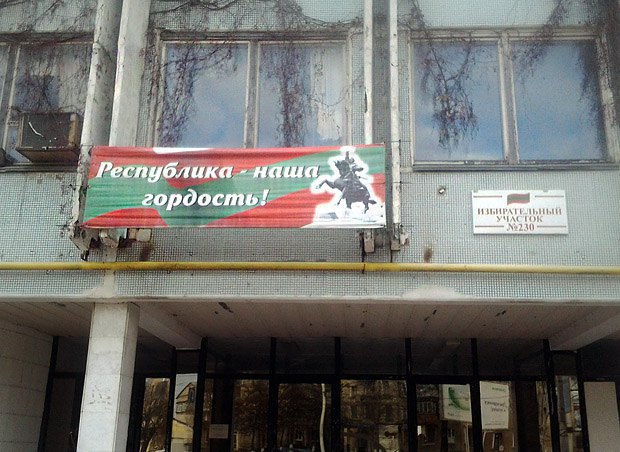 "Who gave you a permission to take pictures? What do you think you are doing?"

"And who forbade me from taking pictures?" I answer Odesa-style.

"Get out of here immediately!" the warden continued to yell. For the second time in five minutes, I came across the wildest lack of culture. I was a little upset and went to check on the billboards of candidates, first casting a look at the monument to [Grigoriy] Kotovskiy - the republic of bandits and smugglers has appropriate heroes. However, someone has already snitched the sword from the hands of Grigoriy Ivanovich – one thief was robbed by another thief. A classic case.

Having the currency exchanged in a bank office is a long and boring procedure. The cashier barely moves. A woman paying her utility bills begins to complain to the cashier about life and asks many unnecessary questions. The cashier answers slowly and meticulously. Everyone is sleepy, yawning, nobody is in a hurry. Tiraspol residents are as slow as indigenous Petersburgers.

Candidate Vladimir Grigoryev is promising from the billboard that everything will be open and fair in three languages - Russian, Moldovan (in Cyrillic script) and Ukrainian, as required by the law. Grigoryev heads the local branch of Kivalov's Odesa Law Academy. That is quite a comprehensive characteristic, offering a complete picture of the politician. 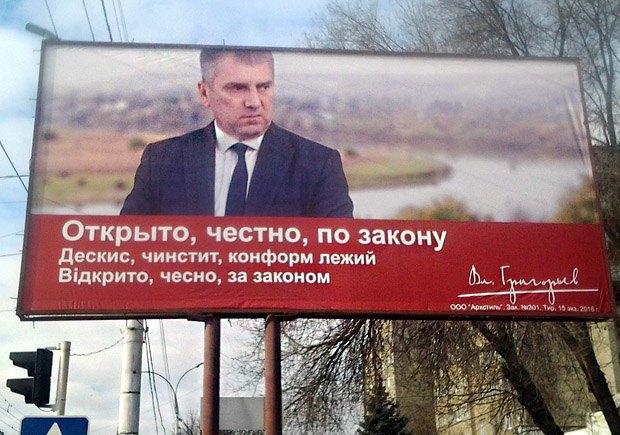 Candidate Gennadiy Kuzmichev, the republic's former interior minister, represents the public movement Russian Outpost and uses the image of a hardened warrior. Kittel, decorations, stern look. The memory of Gen Lebed is still alive in the republic, therefore the image of the Russian officer who died in an air crash is being mercilessly exploited. 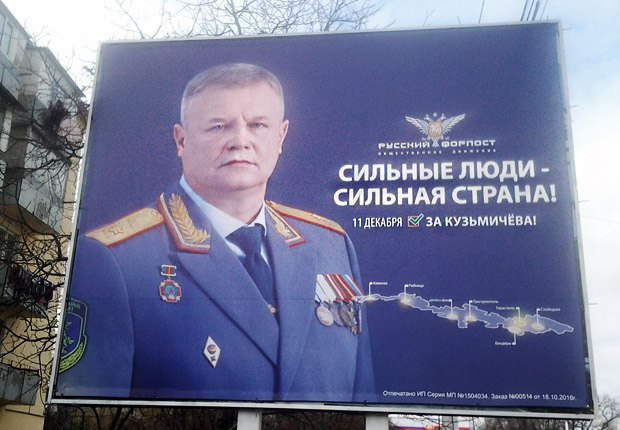 Candidate Oleg Khorzhan is a person from Shevchuk's sphere of influence and offers little to be remembered by. 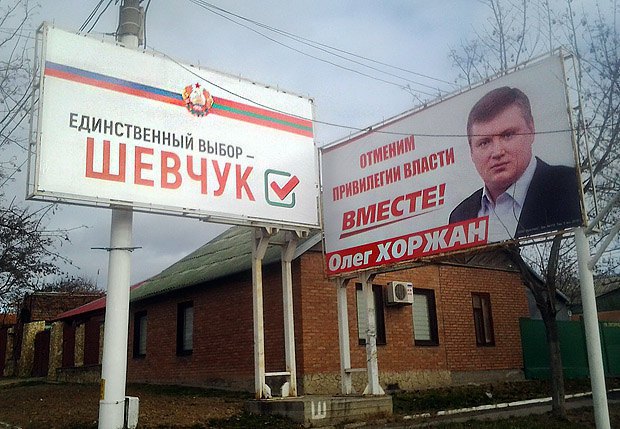 And on the contrary, candidate Aleksandr Deli is remarkable since the billboards of the incumbent prosecutor, who is running for president, follow the style of bandit tombstones of the 1990s. Had I not known Deli's position, I would have thought that he is a "reputable businessman" going into politics to launder his criminal proceeds. 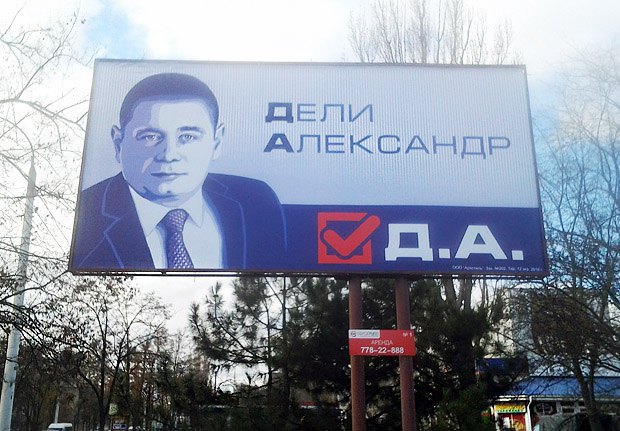 Krasnoselskiy's adverts stare at you in Tiraspol from every crack. A poster on the notice board says that thanks to the virtues of Krasnoselskiy, pensioners and certain other citizens will be able to take a trolley-bus for free as of 1 January 2017. I board a city minibus, the radio is yelling. The first thing the news presenter reports is that Krasnoselskiy has put on the parliament agenda the long-awaited law on assistance to children suffering from phenylketonuria (it is the first time I heard about this disease in my 31 years of life). The news presenter says that ailing kids suffered badly while Shevchuk's government did not want to hear them, but Krasnoselskiy decided to come and help them. And then the news presenter added that as many as 12 children in the children suffer from phenylketonuria... 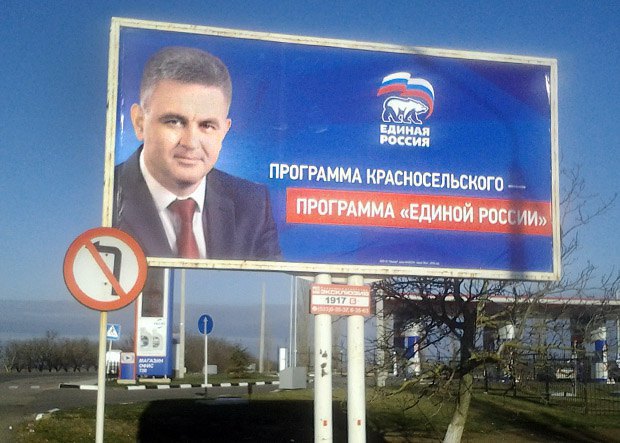 I go to a coffee place in city's the main street named after Karl Liebknecht. I lay out local notes showing Suvorov to take a photo of them. The barista, clerk and loader drop their work and stare at me if I am doing something reprehensible. They stared at me so hard as if I got a baby out of my bag and am about to chop him to pieces with a carving knife. In the Dniester region, they have no idea of the notion of "personal space" at all. I ordered a coffee which cost almost as much as in Odessa. The radio in the cafe quoted opinion polls as saying that twice as many people are ready to vote for Krasnoselskiy as for Shevchuk.

I was planning to enter the sports centre Sheriff at 11:51 local time. Local guards made me hang around at the gate for nine minutes because they were ordered not to let anybody in under 12. There are guards everywhere in Sheriff – near the big sports arena, and near the small one, and in the arena. They literally smother you. They tell you rudely where to go, with their breath laden with alcohol and their faces sour. It feels like in prison. Tickets to the game look like an ordinary black-and-white receipt, they do not want to waste money on colour printers and high-quality printing.

Having a football championship match at 13:00 on a weekday would be crazy for a civilized country, but it is a regular practice in the Dniester region. One hundred fans, 100 employees of the Sheriff football club, 100 guards - that's the entire audience of the match. The level of football is low, comparable to the second league of Ukraine's championship. Snacks available during the break are primitive - hot tea in a plastic cup, fried pies and stale croissants. And again, the angry mugs of the guards peering into the mouth of every snacking fan. 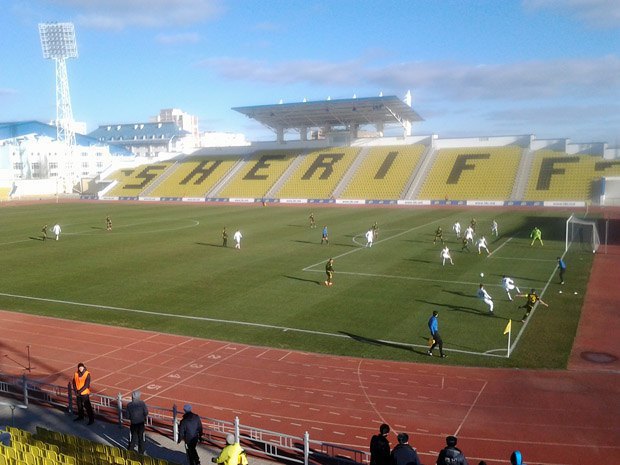 There are sadness, despair and depression in the streets of Tiraspol. Doomed and sad people. Fun, cheerful and smug people are Russian army soldiers only - they stroll the sidewalks confidently, looking askance at aboriginals, riding their foreign-made cars back and force out of boredom and flirting with girls at trolleybus stops.

Two hours watching football at subzero temperatures makes you really hungry. There is no time to be picky. I dropped by the first cafe near the central market and was shocked by the level of service: disposable tableware, bread on the napkin and a salt shaker made from a plastic bottle cap. I have never met such a poor quality of service in Ukraine. Mashed potatoes, minced meat rolls and schnitzel were edible. Just to be safe, I decided to polish them with a glass of local brandy. I paid for this dubious meal more than I would for a delicious two-course lunch in the centre of Ivano-Frankivsk. Dniester pensions can be higher than those in Ukraine but prices here are not modest. 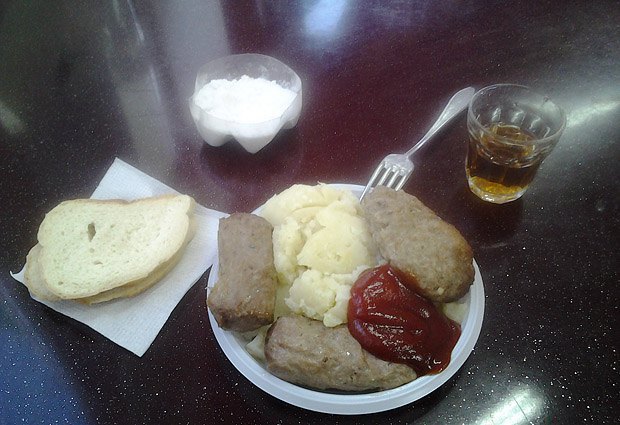 There was no direct bus back to Odesa. Therefore I had to make connections. Of course, I've been to a Russian province but the Dniester region is much worse. Bad roads, dilapidated houses and most importantly the mentality of the population are depressing. The fighting ended in the Dniester region 24 years ago, but this long time was not enough for Russia to make the region and its residents look better. What is there to say about the DPR-LPR where the war keeps raging?! The unrecognized republic under the Russian protectorate is a pathetic and horrible nightmare. All those Ukrainians who naively believe in Kremlin pocket talkers' stories about the wonderful life in the DPR-LPR should visit the Dniester region to see with their own eyes the creation of Russian supervisors and their political puppets.

A person of European culture will find it impossible to be in the Dniester region, where Soviet-style domestic rudeness - "there are many of you, and I'm alone here!" – is rampant. The Dniester region is a reserve for "Soviet people", who are still alive but a whole century behind their time. The Soviet Union has long collapsed, but the residents of Tiraspol seem to be confident that the union is still alive. 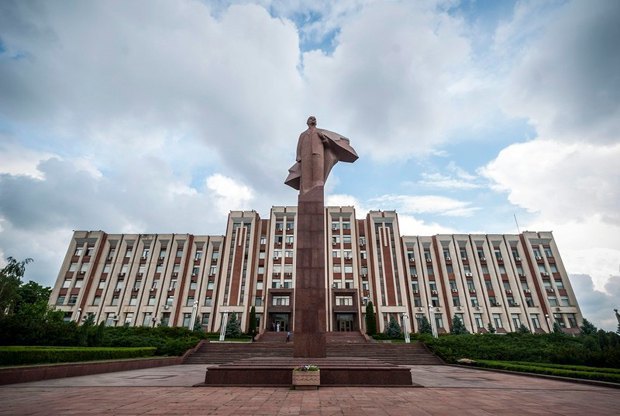 The new Dniester president has a very telling last name, Krasnoselskiy, which means "red village". This is a very accurate definition of the Dniester region: Communist clumsiness plus rural ignorance. Moldovan narrow-mindedness multiplied by Soviet bestiality.

I do not think that with the situation in the republic will change much under the new head. Only its close neighbours, Moldova and Ukraine, and the Dniester region's guardian Russia can influence the situation if they act together. But there is no agreement between them now.

I changed buses to get to Pervomaysk and was pleased with myself that I have spent exactly 200 hryvnyas which I exchanged in Tiraspol. After I had tea with a chocolate bar right at the border, I only had one Dniester rouble left.

So this circle is made not of metal but of plastic. Coins made of plastic are a symbol of the gray zone which has been imitating statehood for almost three decades now. Having returned to a Dniester border guard the piece of paper I was issued with this morning I walked across the transit area, went through Ukrainian passport control in just a minute and returned to Ukraine.

Eight hours was enough for me to get a sense of the entire catastrophe of existence on the territory of the unrecognized republic controlled by Russia. However, for many locals, 20 years were not enough to understand the tragedy of their situation.