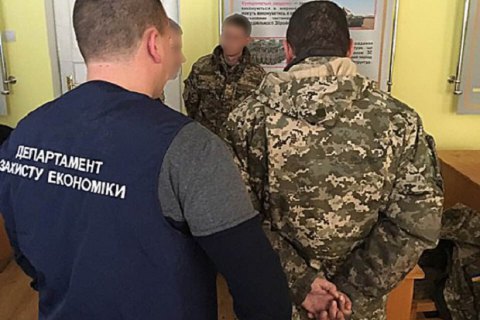 The National Police special unit and the military prosecutor's office have detained a battalion commander and a squad chief in Lviv Region over systemic extortion, the Interior Ministry has said on its website.

They demanded 7,000 hryvnyas from a contract soldier in exchange for not dismissing him over violations revealed during an inspection.

Both were detained when they were accepting the bribe on the territory of their military unit.

They are facing five to 10 years in prison with a prospect of restricted employment of up to three years and their property may be confiscated.