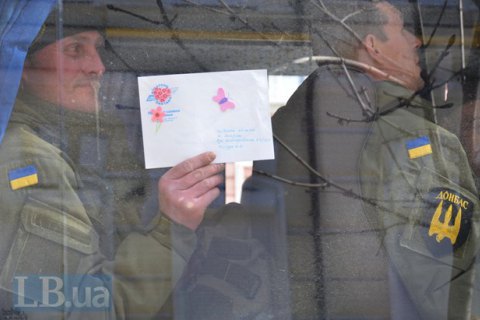 The Russian Federation is busy preparing a large-scale information counter-attack on Ukraine, writer Oleh Pokalchuk has said in an article entitled "Ricochets of ' crucified boys'".

According to him, Moscow is planning to hold an information campaign, "Children of Donbas – victims of Ukrainian fascism", in Russia, Germany, France, Italy, the Czech Republic, Finland, Greece, Bosnia and Herzegovina (Serb Republic) in December 2016-January 2017.

"We remember perfectly well all these pre-war touring photo exhibitions by the Party of Regions, showing fake photos of 'Banderites' atrocities', so they won't have to do anything new, perhaps just photoshop Donetsk and Luhansk landscapes," Pokalchuk said.

"In the course of an information counter-attack, they are planning to use European journalists and politicians who visited the occupied areas of Donetsk Region and a representative centre of the DPR [self-proclaimed Donetsk people's republic] in Ostrava (Czech Republic)," he added.

Pokalchuk expects such a campaign to include speeches by politicians and public persons about the situation in Donbas, a photo exhibition about the life of DPR residents, a film about killed children of Donbas, a TV link between participating countries, and anti-Ukrainian petitions to international humanitarian agencies.

Although these events are likely to be held in remote locations, "Russian propaganda will certainly present them as the top, resonant stories from a particular country", he suggested.

"We can traditionally ignore them or react with delay by issuing some statements which no-one in the world will read. It is clear that assertive information policy should be based on political will and eagerness to assume responsibility, in which regard our top officials are absolutely impotent, which is no secret to anyone," he concluded.