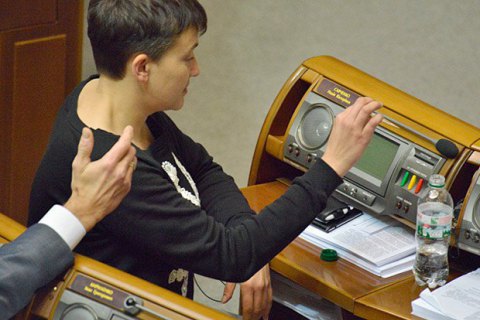 Ukrainian MP Nadiya Savchenko has said that there are plans to kill her. She made this statement in an interview with the pro-opposition TV channel NewsOne when she was commenting on her expulsion from the Fatherland faction.

'When they offered me to join the party, I was aware of the situation and knew what I was about to face. So I knew that I would be expelled from the party and what would be next. [That] the presidential administration has already been ordered to destroy, arrest me and, if they fail, to blame me for anything they want. Or just to physically eliminate me," she said.

"I'm ready for this and I know the dates when this is going to happen. I am not stupid, I understand everything. And I can figure out all their steps in advance. I'm not scared or surprised by the dirt in our politics," she added.