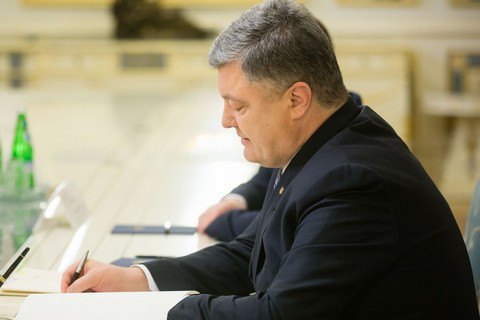 President Petro Poroshenko has signed the law "On the 2017 state budget of Ukraine", according to his official website.

While signing the 2017 budget law, Poroshenko pointed out that security and defence spending would make 5.2 per cent of GDP, minimum wage would reach 3,200 hryvnyas. Unprecedented funding is booked for road construction, while further financial decentralization will continue.

The president hopes the legislative changes will push Ukraine up the Doing Business rating.

Parliament the budget law in the early hours of 21 December.

Its macroeconomic forecast is based on a 3-per-cent real GDP growth and an 8.1-per-cent inflation.