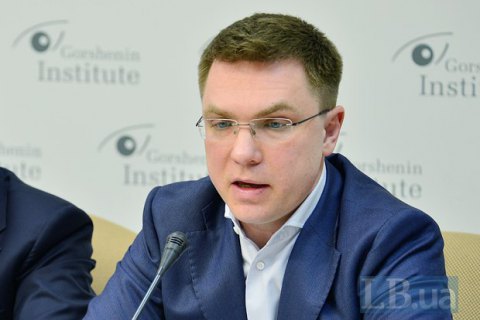 Deputy Information Policy Minister of Ukraine Artem Bidenko has apologized for defaming Petro Poroshenko Bloc MP Glib Zagoriy in a personal blog published by the Ukrayinska Pravda news website:"I am deeply offended that the comments I made back in 2014 are still being used by filthy (PR) technologists to destroy political rivals. Once again I state that I had no right and no actual proof to name certain persons, facts or events. I had had no information on that and was practically spreading rumours.

In particular, I mentioned all of this to the author of the interview, but unfortunately, he has manipulatively dropped this detail. Then again, I admit that it was my fault. A position of not the brightest expert, trying to act as more important and informed than he was in reality.

I sincerely apologize to all the people whose reputation was damaged by my impetuous remarks. Neither Glib Zagoriy nor many others I've mentioned have nothing to do with those accusations, I voiced in that interview," Bidenko said.

As reported earlier, on 19 December, MP Glib Zagoriy filed a lawsuit with the Kyiv Pecherskyy District Court demanding the denialof reports that he has bought a place on the Petro Poroshenko Bloc's party list, Zagoriy's defence lawyer and partner at GENTLS law firm, Oleg Gromovoy, said.

Bidenko's allegations that Zagoriy allegedly bought a place on Poroshenko's party list in 2014 were the reason why the lawmaker launched a court action.