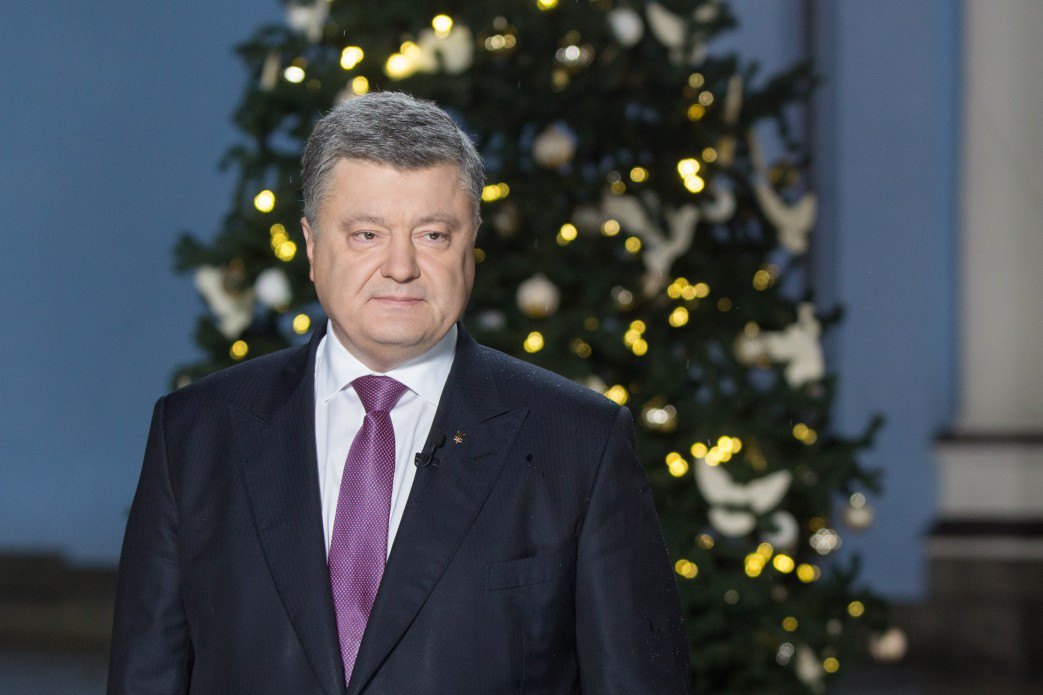 Ukrainian President Petro Poroshenko expects the year 2017 to be less difficult than the previous one.

"It is still not going to be easy, but the worst in the economy is already behind.

We have overcome the shock from the destruction of industrial capacity caused by the military aggression. As well as from the hostile closure of the Russian market for our goods, from commercial and transport blockade. We have adapted our economy to new conditions. We have managed to restore economic growth. This allows us to aim at increasing the revenues of Ukrainians in the new year," the president said in his New Year speech.

He listed some of Ukraine's achievements in 2016, including the end of Russian gas consumption, Jamala's Eurovision win, and the Ukrainian Paralympics team success in Rio.

"The coming year is special. It is a year of the 100th anniversary of the Ukrainian National Revolution. But at that time Ukrainians got involved in infighting instead of uniting against the external threats. And now, if we do not make conclusions, reckless political struggle can easily push the economy back to steep diving, politics into anarchy and the country into the prey of the aggressor," he said. "We should not forget the most important lessons of history even on the New Year’s Eve. I have made conclusions. I will not repeat the others’ mistakes. And I will not let the others do that."

Poroshenko dedicated a large part of his speech to Ukrainian troops fighting against pro-Russian militants in the east.

He once again repeated that the Russian occupation of Crimea and certain parts of Donetsk and Luhansk regions was "temporary" and Ukraine "will be united for sure".