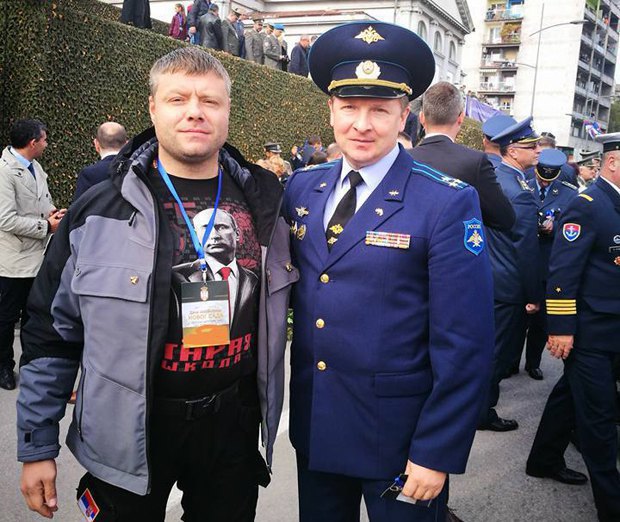 A supposed participant in the attempted coup in Montenegro and member of the radical public organization Zavetnici, Nemanja Ristić, stayed in contact with the Russian military attache in Serbia, Col Andrey Kindyakov, says Kseniya Kirillova in her article "Strength and weakness of Russian special services" for LB.ua.

"A photo showing Ristić and the attache for defence issues at the Russian embassy in Belgrade, Col Andrey Kindyakov, together has not been published yet. According to Vencislav Bujic, the unsuccessful terrorist and the Russia military attache had a rather close relationship," Kirillova says.

Earlier, Serbian political analyst Vencislav Bujic presented a video recording showing Aleksandar Sindjelic, the main suspect in a plot to carry out terror acts, boasting having contacts with the Russian Defence Ministry and completing its assignments during the annexation of Crimea.

"Literally this September, he (Ristic) himself offered me 5,000 euros to keep me silent about the Kremlin's destabilizing activity in the Balkans. Naturally, I said no," Bujic said.

After the parliamentary election, in November, the Montenegrin prosecutor's office said that it had uncovered a plot to kill Prime Minister Milo Djukanovic and seize parliament.