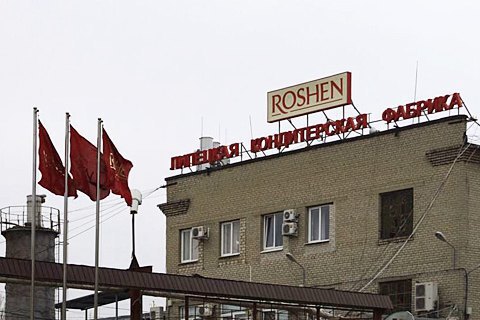 Roshen Corporation, owned by President Poroshenko, announced in a statement plans to stop the production activity of Lipetsk confectionery factory, a statement says.

"The confectionary corporation Roshen announced stopping production of Lipetsk Confectionery Factory in Russia. All industrial and infrastructure facilities are planned to be halted in April 2017," the company said in a report on 20 January.

"The seizure of property of the Lipetsk factory, imposed by the Investigative Committee of the Russian Federation under a criminal case, made it impossible to sell the factory," Roshen said.

"Starting from 2013, production at the Lipetsk confectionery factory dropped three-fold. The reason for this was a sharp decline in the range of goods after the unjustified ban that Rospotrebnadzor (Russian Customer Protection Service) in 2013 imposed on import of Ukrainian Roshen products to the Russian Federation and consistent discrediting of the factory in Russian and Ukrainian media. Also, the authorities in some regions put pressure on the trade organizations to hamper the sale of products of the Lipetsk confectionery. The decrease in the overall level of purchasing power is another reason for the Lipetsk factory's shutdown," the company statement reads.

The production decline, in turn, has resulted in the ongoing downsizing of personnel.

The remaining 700 employees have been notified of the upcoming closure of the factory.

In January 2016, Roshen's CEO and minority shareholder, Vyacheslav Moskalevskyy said was up for company. Roshen wants to gain about 200mn dollars for Russian assets.