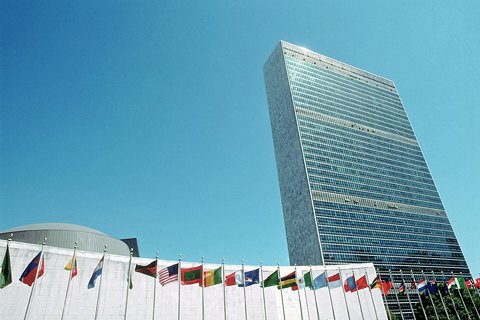 Ukraine will use its chairmanship in the UN Security Council in February to resolve Ukrainian issues, including the opening of the UN Support Office in Ukraine, the Permanent Representative of Ukraine to the United Nations Volodymyr Yelchenko said in an exclusive interview LB.ua.

"We will grab every opportunity to raise our issues," said Yelchenko. "We will certainly once again raise the issue of the opening of the UN Support Office for Ukraine and the greater role of the Secretary-General."

The diplomat declined to prognosticate on the timetable but said he believed that Ukrainian UN delegation will have at least a few possibilities in February to use the country's presidency to pass the Security Council's decision about the opening of the UN office in Ukraine.

"The office will monitor the implementation of the Minsk agreements. However, the success also depends on the progress of our negotiations with the OSCE for we do not want those processes to overlap. Therefore, we will raise this issue in February if it is possible and necessary," Yelchenko assured.

The ambassador asked not to exaggerate the role and importance is Ukraine's presidency "because the two-year membership in the Security Council is far more important."