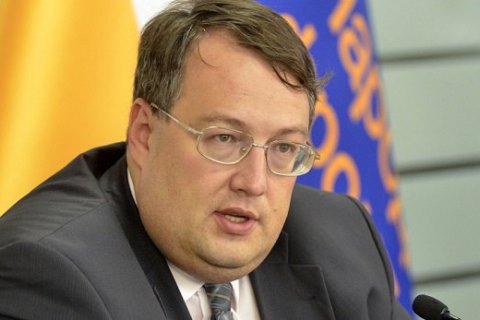 An adviser to the Ukrainian interior minister, MP Anton Herashchenko, has said that journalist Pavel Sheremet was killed on orders from Russia.

"At the moment, judging by the pattern and the preparation of the terrorist act aimed at my elimination, the investigators are 99.9% confident that the terrorist attack and the murder of journalist Pavel Sheremet in July 2016 were conceived and directed from the Russian Federation," the lawmaker told a briefing on Monday, 23 January.

According to him, the Ukrainian law enforcement agencies have come to the conclusion that there is a "subversive-terrorist center" in Russia, whose task is to organize crimes in Ukraine.

In particular, the center has organised and carried out the murder of an employee of the detention facility of the city of Rivne, Ivan Mamchur, in September 2016. The killer was detained as he crossed the border with Russia. He made a confession, said Herashchenko.

"[The suspect] said he was paid 10 thousand dollars for the murder. This person said that in the winter in 2016 a group of 50 persons was handpicked in Russia, most of them anti-Ukrainian minded. They were all citizens of Ukraine. Russian security services prepared them for training in one of the regions of Ukraine. They were taught methods of secret surveillance, checked for psychological readiness for preparation of acts of terrorism and sabotage on the territory of Ukraine," Herashchenko said.

In the summer of 2016 there was a surge in car thefts in Western Ukraine. Police have detained 15 suspects who were fighters of the "15th Brigade of the DPR", which was defeated by Ukrainian armed forces in June 2015 in the area of Maryinka".

When interrogated, they said that after the defeat of their detachment they were spirited to Moscow to be proposed to return to Ukraine to commit theft and armed robbery, Herashchenko said.

The investigators have documented the cooperation of these parties with the Russian special services, Herashchenko concluded.