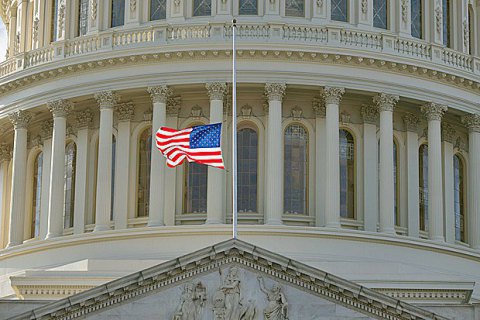 "It's one thing when a president-elect says this, and quite another when you're full-scale president," said Yelchenko.

"It is in the best interests of the United States to increase and strengthen the participation of the UN rather than trying to do the job themselves. In the modern world it is just not working," he said.

In Yelchenko's opinion, there are indicators that the new US administration realises the importance of the UN."

The new US permanent representative to the UN who replaced Samantha Power, Nikki Haley has once said she would agree to take the post only if she is included in the cabinet of President Trump [which was not the case in the previous Republican administrations]. That is, both she and President Trump demonstrate that the United Nations is important for their administration," said Yelchenko.

He also suggested that in the first phase Trump could try to implement threats to deal more firmly with the UN, and may even curtail contributions, but will eventually have to change his stance the way US President W. Bush did in his time.

"In those times, the new US ambassador to the UN was Mr. Bolton. He began with walking around threatening – either you unconditionally support the US position on any issue or may not even bother to attend meetings because everything will be as we say. But he realized after a few months that things are not being done in the United Nations that way. The US has seriously cut contributions to the UN budget but over time they still had to pay as indebtness," Yelchenko reminded.