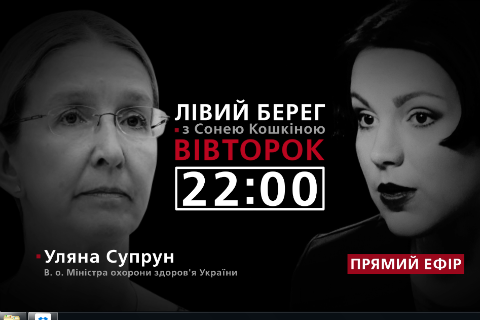 "We are ready to do something rather than just write concepts and talk about strategies," stated acting Minister of Health Ulana Suprun said in an LB.ua interview in August 2016, days before her appointment. After seven months of work, the ministry's leadership found themselves at the center of attention of general public and political elite.

About what have caused the attacks and discontent of medical community, the achievements, medicines procurements, pharmaceutical mafia and when the head of the Ministry of Health would lose the prefix 'acting', Ulana Suprun will talk live at the first this year issue of Left Bank with Sonya Koshkina on 24 January at 22.00 on TV Channel 24.