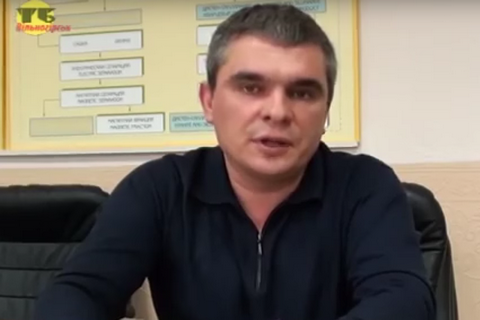 On 28 January, a court arrested the acting board chairman of United Mining and Chemical Company, Ruslan Zhurylo, and granted him bail of 100m hryvnyas, the National Anticorruption Bureau of Ukraine (NABU), which is on Zhurylo's case, has said.

He is suspected of inflicting over 300m hryvnyas in losses on the company.

Law enforcers established that from early 2014 to 2016, the suspects sold over half of all titanium and titanium-containing raw stuff extracted by the company to two foreign affiliated firms which then sold it to consumers at market prices.

The price difference was then put on the accounts of affiliated legal entities outside Ukraine as if these were payments for logistic and other services.

Zhurylo's colleagues, Yuriy Pertsev (former deputy director for commerce) and Oleksiy Morokhovets (head of sales and marketing) were also arrested for 60 days. The former was granted bail of 80m hryvnyas and the latter 5m hryvnyas, the press service of the Special Anticorruption Prosecutor's Office said.

In February 2016, the NABU started investigating then Economics Minister Aivaras Abromavicius's statement about corruption at United Mining and Chemical Company.

The company has been in operation since August 2014 after the government was given control of the Vilnohirsk mining and metal works and the Irsha mining and dressing mill. It also manages 51 per cent of the Zaporizhzhya titanium and magnesium mill in accordance with the Cabinet of Ministers.