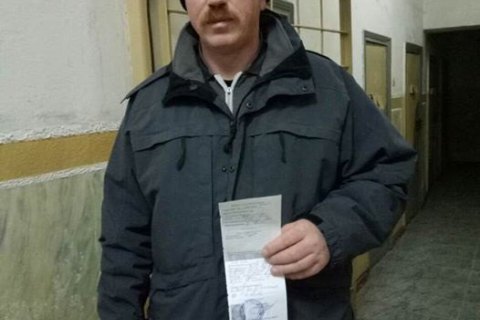 Georgian national Gia Tsertsvadze, who fought alongside Ukrainian volunteer troops in Donbas and whom Russia wants to be extradited on murder charges, has been released from custody, his lawyer Kseniya Prokonova has said.

"They are letting Gia go. On the prosecutor's decision. A temporary arrest has been lifted. We will talk about a ban on his extradition after the extradition check is over," she said on Facebook.

"As promised, Gia Tsertsvadze is free. Ukraine does not give up on its own. Including when these are its own Georgians," he said on Facebook.

According to earlier reports, an appeal against his arrest was to be heard on 3 February. There was a rally outside the court building to support the Georgian veteran.

As reported earlier, Kyiv's Solomyanskyy district court issued a 40-day arrest warrant for Tsertsvadze, who was put on an international wanted list by Russia on charges of premeditated and attempted murder committed in Sochi in 2003. He was detained in Kyiv's Zhulyany airport on 15 January. His lawyers insists the Russian accusations against their client were made up.

The Prosecutor-General's Office does not rule out that Russia's extradition request may be rejected.