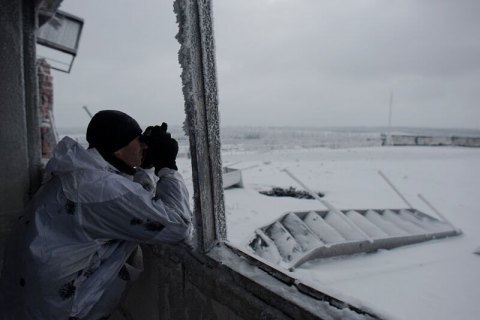 The Russian occupying troops have carried out 24 attacks on the positions of the antiterrorist operation (ATO) troops in Donbas, wounding one Ukrainian serviceman, the ATO HQ has said in its regular evening update.

In the Mariupol sector, they fired with grenade launchers and small arms on Vodyane, Shyrokyne, Lebedynske, Novotroyitske, Hnutove, Krasnohorivka and Novohryhorivka. A sniper repeatedly targeted Shyrokyne, the ATO HQ said.

In the Luhansk sector, they fired with 122-mm artillery and 120-mm mortars on Novozvanivka and Troyitske. Troyitske came under fire from grenade launchers and small arms.

In the Donetsk sector, the militants fired with 82-mm mortars on Avdiyivka and with grenade launchers and small arms on Luhanske and Zaytseve.

On 23 January, the militants carried out 51 attacks on the ATO positions, wounding two Ukrainian servicemen.