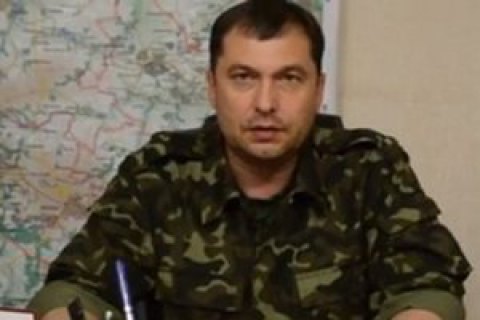 The first chieftain of the self-proclaimed Luhansk people's republic (LPR), Valeriy Bolotov, 47, has said, former Donetsk militant leader Oleksandr Boroday has told RBC. The news was also confirmed by a source close to Bolotov. The reason of his death is unknown.

Bolotov became the LPR leader in April 2014 when he was elected the "people's governor" of Luhansk Region. He took part in the armed seizure of the Security Service of Ukraine directorate in Luhansk Region. On 14 August 2014, Bolotov left Luhansk. He was replaced Ihor Plotnytskyy.

Several well-known LPR militants, who did not obey Plotnytskyy, died or were killed in Luhansk Region in 2015.

Meanwhile, a former head of the electoral commission of the self-proclaimed Donetsk people's republic (DPR), Roman Lyahin, said on a social network that a former deputy minister of labour and social policy of the DPR, Serhiy Tretyakov, 44, died in Donetsk, according to the Novosti Donbassa website.

His death is also being discussed on separatist forums.

The reason of his death is not reported.

His most recent post was the director of the trade department of the DPR ministry of industry and trade.