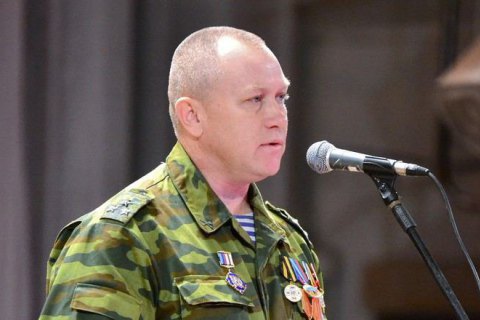 The head of the department of people's militia of the self-proclaimed Luhansk people's republic (LPR), Oleh Anashchenko, has been blown up in his car in Luhansk. The incident happened at 07:50 in Chervonoznamenna St.

According to the website of the LPR militia, one more person was killed in the explosion.

The car was blown up by an observation mine.

"The terrorist act was committed by Ukrainian special services to destabilize the republic," the militia said.

In 2015, several well-known LPR militants who refused to report to LPR chieftain Ihor Plotnytskyy died or were killed on the separatist-controlled territory of Luhansk Region in 2015.