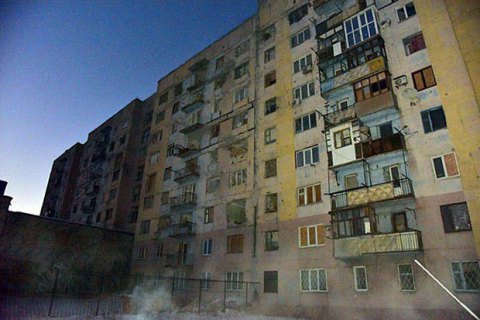 Since the beginning of 2 January, 54 attacks by pro-Russian militants have been registered in the antiterrorist operation (ATO) area in Donbas, the ATO HQ has said in its regular evening update on Facebook. Two Ukrainian servicemen have been killed and nine wounded since midnight.

In the Donetsk sector, the Russian occupation troops attacked ATO positions with Grad BM-21 multiple-launch rocket systems in the area of Avdiyivka. During almost the entire day they were firing with tanks, mortars, grenade launchers and smll arms. They shelled Luhanske and Pisky with mortars and infantry fighting vehicle weapons.

In the Mariupol sector, pro-Russian militants fired with a Grad-P system on Shyrokyne. They used 122-mm artillery, 120-mm and 82-mm mortars to target Vodyane, Shyrokyne, Opytne, Maryinka and Chermalyk. The militants fired with grenade launchers, air defence systems and small arms on Berezove and Vodyane. Chermalyk was targeted with anti-tank missile systems. A sniper was active near Maryinka.

In the Luhansk sector, the militants fired with mortars on Krymske and with grenade launchers and small arms on Novozvanivka.