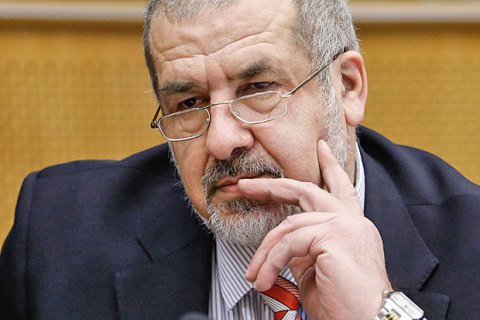 The head of the Majlis of the Crimean Tatar people, a Verkhovna Rada deputy Refat Chubarov said that the incident in Chongar, Kherson Region is over, and law enforcers have left the territory of the public association.

"The incident on Chongar is over exhausted, but it was meant to happen because of the unreasonably long protracted decision on the establishment of a Crimean Tatar military unit within the Armed Forces or the National Guard of Ukraine, where Ukrainian citizens, who are the residents of Crimea, both Crimean Tatars and persons other nationalities, would serve" Crimean Tatar politician wrote on his page on Facebook on 13 February.

According to Chubarov, the members the organization Asker have conducted military training and facilitated border guard and customs services of Ukraine at the checkpoints Chongar, Chaplynka and Kalanchak. However, Asker's permanent civilian control was "to put it mildly, inconvenient" for these departments.

"The good thing is that the incident is settled, but the bad thing is that some of the military resorted to false accusations against the Crimean Tatars," he said and stressed that such incidents will be cracked down in the future.

Earlier in the day, men in military uniforms outside Chongar and disarmed them.