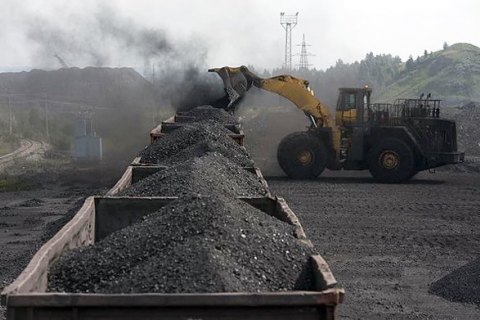 Ukraine's Energy Ministry is worling on a draft resolution declaring a state of emergency in the national energy system, the minister Ihor Nasalyk said during a session of the anti-crisis energy center on 13 February.

The minister said the crisis situation in the industry may develop in 14 to 45 days but would not rule out already in two weeks the industry "may face the problem of covering peak loads in the energy system."

Nasalyk said the reserves of anthracite coal at the thermal power and heat generation plants has dwindled to 927 thousand tonnes.

"When these coal reserves are over, we will be forced to limit consumers according to outage scheduling procedure," the acting head of Ukrernego Vsevolod Kovalchuk added.

Recall that at the Donbass blocked three railway lines, which led to a halt of deliveries of coal anthracite, running half of Ukrainian thermal power plants.

Ukrainian activists continue to block the rail traffic of supplies of goods and commodities, including coal, to and from the self-proclaimed Donbas republics.