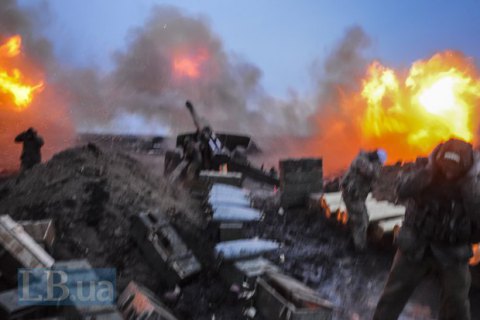 The headquarters of the ATO stated in a release on 13 February that in violation of the ceasefire agreement, Russia-backed militant forces during the day have been shelling the positions of Ukrainian military with heavy weapons. The release warns that ATO forces will open fire in response in case the shelling continues.

In the Donetsk and Mariupol sectors the enemy shelled the positions of the Armed Forces of Ukraine with 122-mm artillery, tanks, 120- and 82- mm mortars, the report said.

"The headquarters of the anti-terrorist operation warn that in case of continuation of the provocative attacks at Ukrainian positions after 16.30 and in order to avoid casualties among the personnel, the ATO forces will be forced to open an adequate return fire. The Joint Center for Control and Coordination of the ceasefire and stabilization of the contact line has been informed about this decision," the release said.

The new ceasefire was to become effective as of midnight on February 9 in accordance with the agreement previously reached in Minsk.

ATO forces have reported no casualties in recent days.