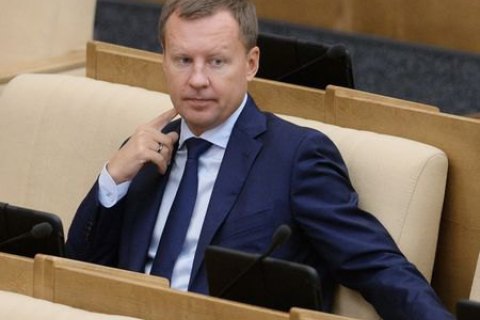 Ukraine gave the citizenship to the former deputy of Russia's State Duma Denis Voronenkov, who has testified in the case of Viktor Yanukovych's high treason.

The former Russian communist lawmaker confirmed that he has been co-operating with Ukrainian investigators.

"I gave evidence in the case of Yanukovych's high treason. I considered it my duty to help my country and expose the scoundrel. A previously convicted felon who had betrayed his people, fled, and requested a foreign power to send troops to against own citizens," Voronenkov said

Voronenko hinted that he was looking to get a position in Ukraine. "I am in talks at the moment. I had to became a citizen first, because it is difficult to apply for a public office without being a citizen of the country," he said.

"I do not feel like a stranger here. Ukraine accepts anyone who believe in it. The country faces many problems, but it has a vector of development, a spirit of freedom.... The first thing we saw when we came here – were kind, normal people. Without evil faces on the streets," he said.

As the deputy of the State Duma, Voronenkov voted for the annexation of Crimea and the deployment of Russian troops in Ukraine.

Voronenkov represented the Communist Party in the State Duma. In December he moved to Kyiv together with his wife, also a former Duma member.