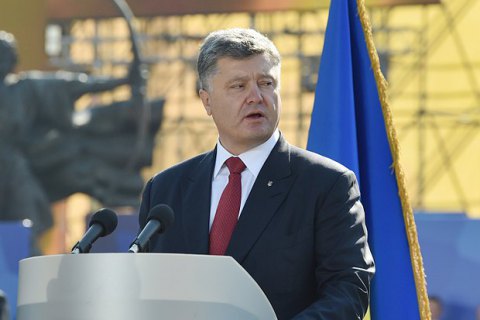 "Step by step, the share of the Ukrainian language output on the radio is increasing," said the president.

Poroshenko said he will soon suggest a similar legislation for television "where the presence of the Ukrainian language is unacceptably small."

"A year ago I called on the television industry to organize themselves on this issue. Unfortunately, not everyone got the message. Now it is up the legislator, " Poroshenko said.

A law requiring radio stations to ensure at least 35 per cent of its broadcasts are in the Ukrainian language came into effect last November.