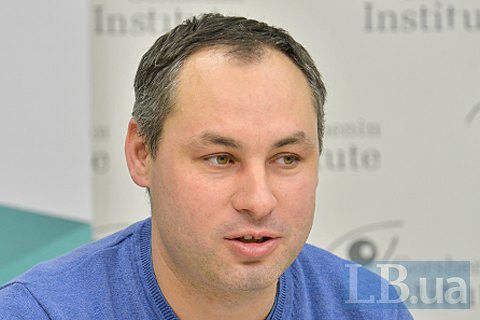 The main expert of the Reanimation Package of Reforms (RPR) group "Reform of law enforcement agencies" Oleksandr Banchuk believes that draft amendments to Criminal Procedure Code that unties investigation's hands for an in absentia conviction of Viktor Yanukovych and his entourage is fraught with the infringement of the rights of ordinary citizens.

"Why we as law-abiding citizens who are not politicians should worry? Because most of these procedural novelties aimed to ease the in absentia cases against Yanukovych and other former officials can theoretically be used in any investigation," the expert stated at a roundtable organized by Gorshenin Institute and the RPR on 9 March.

Banchuk is concerned by the fact that the new bill provides for the possibility of publishing subpoenas in the media, so many people may simply be unaware that they are summoned to the investigator or the court.

Banchuk's another concern is that the bill suggests extending the terms of detention from the current 12 to 18 months.

"I believe that this would be a significant restriction of human rights. This increases the terms of the investigation beyond reasonable time, which is contrary to the rule of law principles," Banchuk argued.

Finally, the bill hampers the launch of the State Bureau of Investigation by failing to mention its creation, the expert says, although under the Constitution, the Prosecutor's Office should not be involved in investigation.

"In fact, it means that the prosecutor's office will continue the activities not provided for in the Constitution," he said.

Banchuk believes that the adoption of this bill should be prevented "by all means".