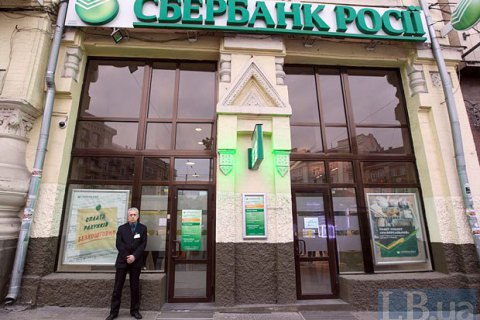 Prime Minister Volodymyr Groysman says that sanctions against Russia's Sberbank will be introduced promptly if the bank really recognizes identity documents issued in the separatist-held regions of Donetsk and Luhansk in east Ukraine.

"I spoke with the president and the head of the National Bank of Ukraine on this issue. If the information confirms, both the NBU and the NSDC will react quickly and the answer will be adequate," the prime minister said

The issue of imposing sanctions against the subsidiary bank of Russia's Sberbank in Ukraine - PJSC Sberbank was raised by Interior Minister Arsen Avakov.

The NBU on 7 March said it will initiate the introduction of sanctions on the subsidiary bank of the Sperbank in Ukraine if the information about its preparedness to service the individuals with passports from the "DPR" and "LPR" confirms.

The Ukrainian subsidiary of Sberbank said they do not recognized "LPR" and "DPR" IDs.