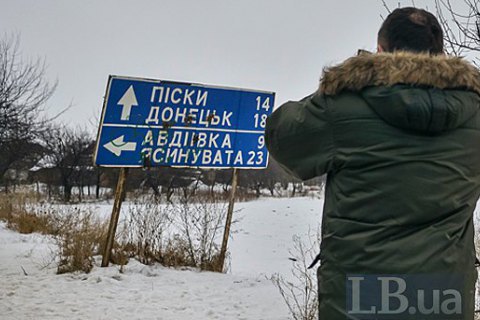 The announced by militants "nationalization" of Ukrainian enterprises on the uncontrolled territories of Donbass has triggered a massive stoppage of industry giants, the Russian broadsheet Kommersant reported on Thursday.

Among others, Yenakiyevo Steel Plant, Donetsk Metallurgical Plant and Yasynivka Coke Plant in Makeyevka have been halted, the newspaper said.

"The last salary was paid in early February, now the production is frozen. On 1 March, the plant was blocked by people with automatic weapons, all control systems have been stopped," the publication was told at the EMZ.

Similarly, the DMP was brought to a halt on February 27, triggering the stop of its supplier Yasinivka Coke Plant in Makeyivka. "The coke went to DMP warehouses until it stopped. The workers had to go home," Donetsk businessman Mansur Nathkhoyev told the publication.

Donetsk residents write in social networks that "nationalization" has impacted even non-industrial assets like the hotel Donbass Palace, the best in town. Immediately after the announcement of "nationalisation", the flag of the terrorist organization DNR was hoisted above the hotel building, but very soon some people started pilfering coffee machines and bar equipment.

Over 30 major plants are located at the militant-controlled territories. In 2015, the National Bank has estimated that the contribution of Donetsk and Luhansk regions to Ukraine's GDP fell from 14.9% to 5.6% after the hostilities in Donbas broke out.