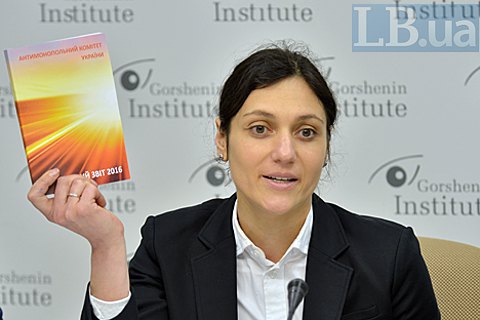 "Over the past year, the central body of the Antimonopoly Committee and its territorial departments, have examined more than 3,000 cases and exposed 300 cases concerning anticompetitive concerted actions of business entities, or cartel arrangements as we call them," Nyzhnyk said during a round table conference at Gorshenin Institute on 12 April.

However, the official stressed that finding a cartel is much easier than destroying it.

"Identifying the signs of a cartel is relatively very easy. For example, markets are very transparent nowadays and if prices go up for some reason, there are signs of a cartel collusion. At the same time, it is hard to prove that the collusion really does exist and defend this position in court because information technologies are very advanced today. While 10-20 years ago the cartel subjects had to coordinate their actions through correspondence, personal meetings, and paperwork, today it is very simple, given the development of the Internet," she complained.

According to Nyzhnyk, the AMCU imposed over 800 million hryvnia in fines on such cases. "And that's in addition to the fine slammed on Gazprom," she added.

"According to our estimates, the economic effect of the AMCU in 2016 has exceeded 1.5 billion hryvnia, which is one and a half times more than in 2015," she added.