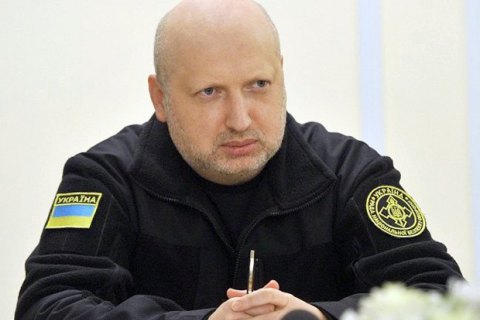 Secretary of the National Security and Defence Council, Oleksandr Turchynov believes that Ukraine has no choice but to regain the eastern parts of Donetsk and Luhansk regions.

"We have no choice but to win. The last year was the first when we have not conceded a single meter of our land, on the contrary, we have regained tens of kilometres. I believe that our task is to regain what we’d lost meter by meter, kilometer by kilometre we have to move eastward," Tyrchynov said in an interview to the BBC.

Turchynov said says he has no regrets about the past and if he had to relive the year 2014, he would still have signed the decree on the beginning of an anti-terrorist operation in Donbas.

"I've analysed the situation many times, I've scrolled those events in my head again and again, thinking what else I could have done. I do not know. Perhaps, I would do this again,"

"When one has regiments, one can be a commander-in-chief. When you have nothing but huge responsibility, you don't have much of a choice," he said.

On 14 April, 2014, then acting President of Ukraine Oleksandr Turchynov signed a decree about the beginning of the anti-terrorist operation in eastern Ukraine. Two days previously, a unit of Russia-backed militants led by Igor Girkin-Strelkov, seized administrative buildings in the city of Slavyansk, Donetsk Region.