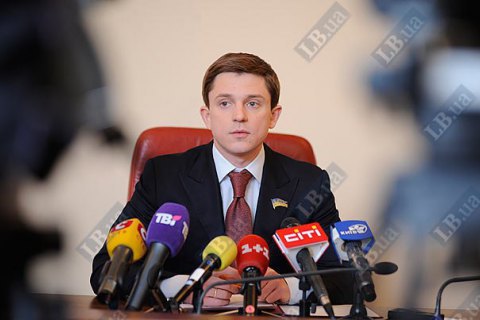 MP Mustafa Nayem says the Prosecutor General's Office had drafted a submission seeking the removal of parliamentary immunity from MP Oles Dovhyy on the charges of abuse of power.

According to Nayem, Dovhyy is a suspect in a criminal probe into the illegal allocation of land in the territory of the Zhukov Ostriv reserve.

Nayem wrote on Facebook on Tuesday that the document asking the parliament to strip Dovhyy of immunity is under consideration by the Specialized Anti-corruption Prosecutor's Office (SAP) and Dovhyy is aware of this.

The lawmaker recalled that the Rada is to go on recession in two plenary weeks and Dovhyy may flee the country, which would be SAP's responsibility.

Head of the SAP Nazar Kholodnitsky told briefing later in the day that he has signed the immunity removal requirement after the prosecutor-general all of sudden decided that the allocation of land plots in Kyiv in 2007–2009 was in NABU jurisdiction. Earlier, it was investigated by Kyiv's prosecutor's office.

He believes that the evidence collected by Kyiv's prosecutor's office was convincing.

In 2007, Kyiv city council adopted a scandalous resolution dwindling the territory of Zhukiv Ostriv reserve from 1,630 to 196 ha and allocating the remaining land to developers. The lands thus seized were successfully distributed for development. Dovhyy at that time was the secretary of the city council.

The PGO, with a variety of success, has been trying to overturn the scandalous decision during the past three years.

Among the recipients of the land was a close associate of Viktor Yanukovych, the notorious Yuriy Ivanyushchenko.