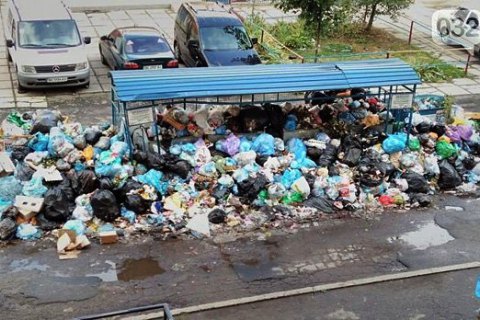 Prime Minister Volodymyr Groysman instructed the head of the Lviv regional administration Oleh Sinyutka to meet with the mayors of the cities of the region and ask them to take garbage from Lviv.

"While the Lviv mayor seems incapable of resolving the garbage problem, the people of Lviv should not suffer! We need to unite efforts and once again help the people of Lviv out. I have spoken several times today about the situation with the oblast's state administration head Oleh Synyutka, and will ask them again to aid the residents of Lviv. Will instruct Vice Prime Minister Henadiy Zubko tomorrow to work with the heads of the State Administration and mayors of other regions," Groysman wrote on Facebook on Tuesday night.

He said acting health minister Ulana Suprun was in Lviv to assess the epidemiological situation in the city.

Lviv has for a year been experiencing problems with the removal of garbage since the city's main landfill was closed because of a ruinous fire. Lviv with great difficulty takes garbage out to other landfills.

On 21 April, Lviv authorities with the participation of representatives of the Cabinet and Lviv Regional State Administration signed a memorandum with 20 cities of the region, who undertook to accept garbage from Lviv to their landfills for the next two years.

On 9 June, Sadovy said that Lviv was deceived and the memorandum was not being implemented. He also directly accused President Petro Poroshenko and Prime Minister Volodymyr Groysman of organizing a garbage blockade of Lviv.

On June 19, the head of the Self-Help party faction in the parliament Oleh Berezyuk announced going on a hunger strike in front of the Presidential Administration, demanding to help Lviv to resolve the problem with garbage disposal.