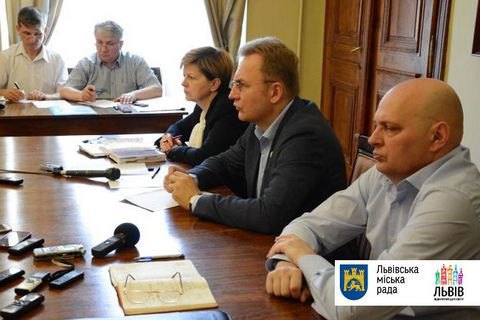 The Emergency Situations Commission of Lviv on Monday, 19 June, again asked President Petro Poroshenko and the Cabinet to introduce a regime of emergency environmental situation in the city.

According the city council's website Lviv has nowhere to export 8,500 tons of garbage (850 garbage trucks).

"The problem is that the city has nowhere to take out the garbage One of the largest garbage removal companies, ABE, has suspended work," the mayor Andriy Sadovyy told the council on Monday.

The situation is fraught with an outbreak of intestinal infections, "if the garbage keeps accumulating at the same rate, and also considering the stability of high temperatures," head of the health department of the Lviv City Council, Volodymyr Zuba, told the council meeting.

Mayor Sadovyy said that the police detained trucks with Lviv garbage on Saturday, 17 June, and tried to return them to the city despite that they had all the permits for garbage export to other regions of the country.

"I suspect that explains how the central government turns the deaf ear to Lviv's request for help," the mayor wrote on Facebook.

Sadovyy'e previous entreaty for help remained unanswered. Prime Minister Volodymyr Groysman said Friday the government did everything in its powers to help Lviv.

In the history of independent Ukraine, emergency environmental situations were proclaimed twice, both times during the presidency of Viktor Yushchenko.

In 2008, separate areas of Vinnytsia, Ivano-Frankivsk, Transcarpathian, Lviv, Ternopil and Chernivtsi regions were declared the zone of environmental disaster after the July floods.

In 2010, Kalush and the adjacent villages of Kropyvniki and Sivka-Kaluska were declared a disaster zone because of the negative consequences of the mining of potassium salts in the area.