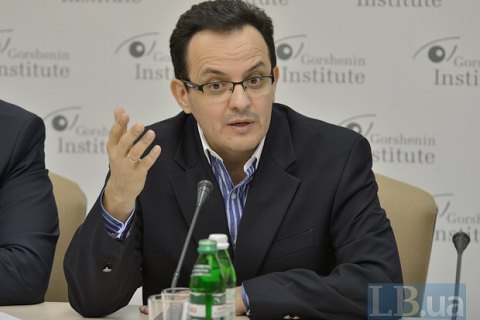 Leader of the faction of the Self-Help party Oleh Berezyuk went on a hunger strike in protest against the so-called garbage blockade of Lviv.

Speaking at a meeting of the conciliatory council of the Verkhovna Rada on 19 June, the lawmaker said he was doing it "in protest against the humiliation of the people, the mockery over the city that is a symbol of freedom."

"The residents of Lviv have always been patient and tolerant to the government because they believe in the state. The state, meanwhile, in the person of the central government, is humiliating them," he went on

"As a citizen and a doctor and a people's deputy of Ukraine I take an extraordinary decision I never thought I would take in the 21st century. I go on hunger strike," Berezyuk said.

"Lviv is occupied by the enemy. A year ago the enemy entered this 'city of Will,' which has always and will forever be in the vanguard of Ukraine's defence," Bereziuk said.

Earlier on Monday, Lviv Mayor Andriy Sadovyy the city has accumulated 8,500 tonnes of household solid waste, which cannot be exported out of the city and that the city's request to central authorities for assistance go unnoticed.

Lviv has for about a year been experiencing problems with the disposal of garbage. After the city's main was closed because of a ruinous fire, Lviv with great difficulty takes out garbage to other landfills across the country. As of June 19, 2017, the city has accumulated 8,500 tons of garbage.