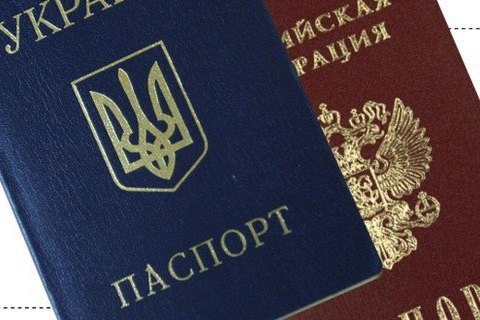 The State Duma (parliament) of Russia is preparing to legislate a norm on the right of citizens of Ukraine and other countries whose authorities make it difficult to issue certificates on the denial of citizenship, publicly declare the withdrawal from citizenship. "There are countries where it is difficult to obtain such a certificate, but Ukraine has simply stopped issuing them," the Russian Kommersant daily wrote citing the head of the Duma Committee on Legislation Pavel Krasheninnikov.

According to him, the committee drafted a bill setting forth a procedure for "public renunciation of Ukrainian citizenship."

The legislation of the Russian Federation requires that those wishing to obtain Russian citizenship provide proof of withdrawal from their previous citizenship.