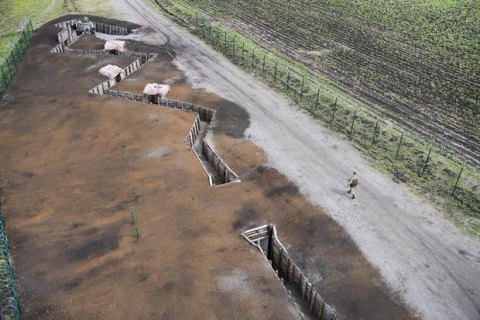 On 8 August, the National Anticorruption Bureau of Ukraine (NABU) detained six suspected embezzlers of funding for the defence equipment project on the Russian border, known as the Wall or European Wall.

Among the suspects are officials of the State Border Service and its contractors, the NABU said on its website.

They are being delivered to Kyiv where they will be declared suspects on charges of embezzlement and violation of the budget law.

The NABU has been investigating embezzlement in the Wall project since March 2016. An estimated sum in question is 16m hryvnyas (0.62m dollars).

Under the project, Ukraine planned to shore up over 3,000 km of its border with Russia to stop illegal migration, smuggling, penetration by saboteurs and traffic of arms and nuclear materials. The project was announced in 2014 by then Prime Minister Arseniy Yatsenyuk.

The project was planned for four years, 2015 to 2018. Currently, works are underway in Kharkiv Region only.