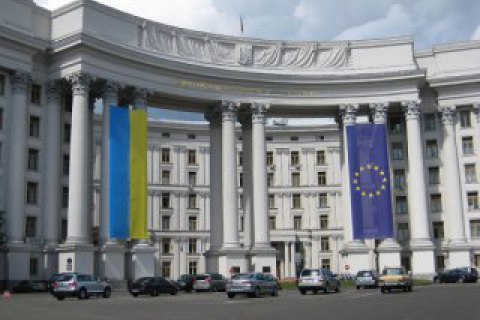 The Ukrainian Foreign Ministry has called on Ukrainian citizens not to fall for provocation by Moscow after it made the rules of obtaining Russian citizenship simpler.

The Foreign Ministry said that the adoption of the respective law by Russia is an act of neglect of international law.

"We consider this step by the aggressor state as a continuation of legal discrimination and crackdown on the rights of Ukrainian citizens who for various reasons live or work on the Russian territory and on the territory of Ukraine which Russia occupied. Thus we urge Ukrainian citizens not to fall for such provocations and once again warn them against travelling to the Russian Federation," the Foreign Ministry's statement reads.

The ministry recalled that under the law, the only document verifying the termination of Ukrainian citizenship is a respective decree of the president of Ukraine.