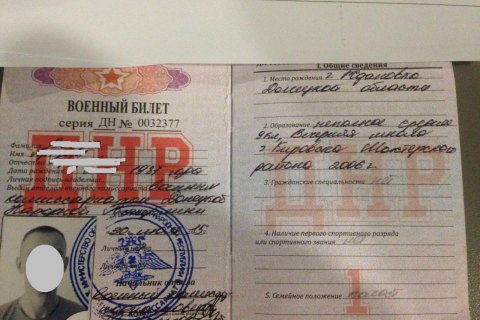 Law enforcers have detained a former unit commander of the self-proclaimed Donetsk People's Republic (DPR) at Kyiv's Boryspil airport, the Kyiv regional prosecutor's office has said on its website.

"Employees of the prosecutor's office of Kyiv Region, acting in coordination with the Security Service and the State Border Service, detained a man born 1987, who fought alongside the DPR militants as a unit commander from November 2014 to August 2015," it said.

A "DPR army ID" was confiscated from him.

According to the Myrotvorets database, his name is Artem Vechera.

Prosecutors asked the court to place him in custody.