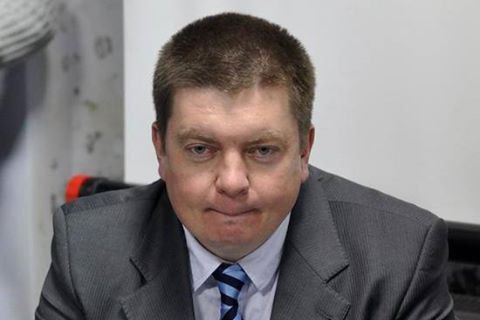 Kyiv's Solomyanskyy district court has placed the director of the Lviv armour plant, Roman Tymkiv, into custody until 11 September. He will be released from custody, if he pays 2m hryvnyas [77,000 dollars].

Several MPs from the propresidential Petro Poroshenko Bloc offered to vouch for Tymkiv.

According to prosecutors, instead of equipping T-72 tanks with new engines, Tymkiv bought used engines which were sold by the Defence Ministry in 2008-2009 as excess propertyEngines of this model have not been manufactured the 1990s.

Thus he is suspected of embezzlement to the tune of 28.5m hryvnyas.