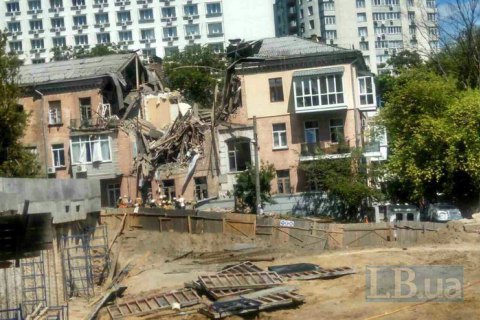 A three-storeyed residential building in Kyiv's Holosiyivskyy Avenue, 70 has partly collapsed as a result of a gas blast. The incident took place at 1.30 p.m. Kyiv time on 8 July several dozen meters away from the Holosiyivksyy underground station.

Two persons, a 44-year-old woman and a 37-year-old, were found dead under the debris. Six more were hurt.

Some residents suggested that a gas pipe may have burst after a nearby construction caused cracks in the building.

The city authorities provided temporary accommodation for the victims.