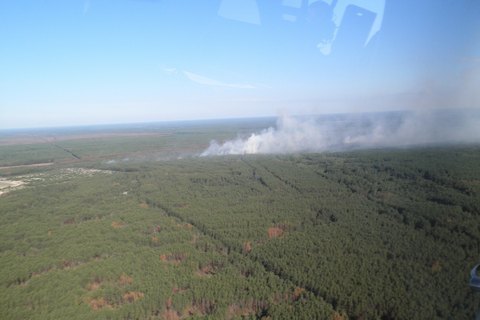 A fire broke out in the Lubyanka forest sector, part of the exclusion zone of the Chornobyl nuclear power plant, at around 12.35 Kyiv time on 29 June as a result of railway laying works. It spread to the area of around 20 hectares, eating another 5 hectares by the night.

Thanks to firefighting efforts, including with the use of a Mi-8 helicopter and two An-32P aircraft, the burning area was cut to a third by the next morning. By the night it was localized.

The radiation level in the exclusion zone did not change.