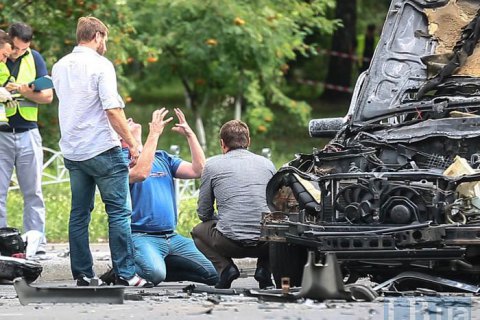 Col Maksym Shapoval of the Ukrainian Defence Ministry’s Main IntelligenceDirectorate, who was killed in a terrorist act in Kyiv on 27 June, was in charge of a deep reconnaissance unit and collected proof of Russia’s involvement in the armed aggression against Ukraine, a law-enforcement source has told LB.ua.

“It is thanks to him that Ukraine substantiated its position in The Hague on Russia’s involvement in the military aggression and earlier provided all documented facts of this via diplomatic channels and intelligence information exchange links with allies,” the source said.

According to the source, Shapoval was directly involved both in the planning and conduct of deep-penetration reconnaissance raids in occupied territories.

“These reconnaissance missions are unique because they used means of documenting the Russian occupying troops, their movement, presence of state-of-the-art systems of radio electronic warfare and weapons. In particular in the format which can be used as the irrefutable evidence of Russia’s armed aggression against Ukraine, especially as far as the use of regular tactical battalion groups and latest weapons systems, which are only manufactured in Russia, is concerned,” he said.

“Maksym’s murder was a showcase aimed to intimidate and as part of the information warfare seeking to discredit the most loyal sons of Ukraine,” the source suggested.

Shapoval was blown in a car in Kyiv in the early hours of 27 June. Police are treating the incident as a terrorist act.