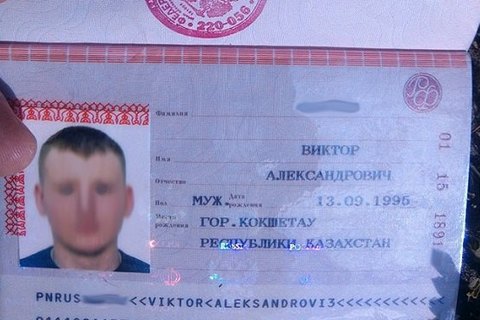 The Russian Defence Ministry has said that Russian national Viktor Ageyev, who was taken captive in Luhansk Region yesterday, is an active serviceman.

The BBC previously reported that Viktor Ageyev is a Russian contract serviceman. His mother, friends and former colleagues confirmed that after compulsory military service, he carried on in the army after signing the contract in March 2017. Ageyev said that he joined the contract service on his page in VKontakte social network on 1 April.

The Ukrainian army killed two saboteurs and taken captive four more near Zholobok, Luhansk Region on 24 June. One of the killed ones was career Russian officer Aleksandr Shcherbak. Viktor Ageyev was taken captive.

Two years ago, Russia reacted exactly the same way when special troops officers Aleksandr Aleksandrov and Yevgeniy Yerofeyev were taken captive in eastern Ukraine. A year later they were exchanged for Nadiya Savchenko.