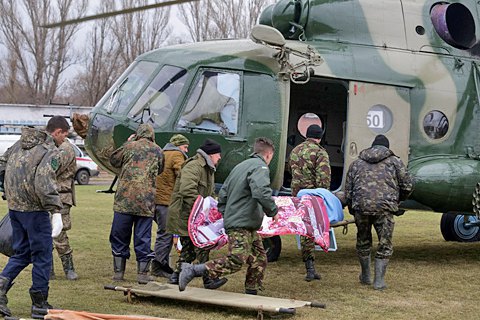 One Ukrainian serviceman was killed, three wounded and six injured in combat in Donbas on 30 June, the antiterrorist operation (ATO) HQ said in its update the following morning.

Pro-Russian militants intensified firing attacks in the western suburbs of Donetsk, using the whole range of weapons, from small arms to 122-mm artillery. Several shells landed in the residential areas of Maryinka. No-one was hurt, according to preliminary reports.

Avdiyivka and Kamyanka were the hotspots in the Donetsk sector. In addition to small arms, grenade launchers, 82-mm and 120-mm mortars, the militants used tanks.

A total of 35 shooting attacks by pro-Russian militants were registered on 30 June.