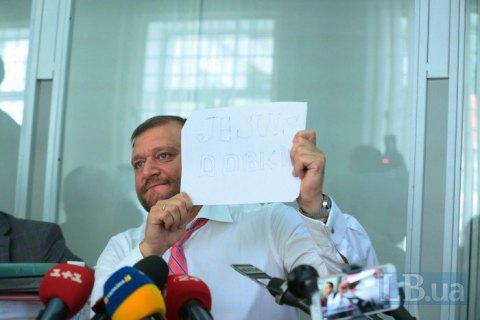 He said he did not have enough money and will think how to go about it.

"There are no such bails in the Criminal Procedural Code. There are sums of bails which are comparable with the income of a person being accused. They need to check income statements, something else. After all, I cannot sell the house, force my children and wife out to the street to collect money to pay the bail," he said.

On 29 June, Prosecutor-General Yuriy Lutsenko sent a motion to parliament to strip Dobkin of immunity to prosecution, which was granted on 13 July.

He is suspected of abuse of office and abetting fraud with a view to the seizure of 78 ha of land in Kharkiv, worth over 220m hryvnyas.