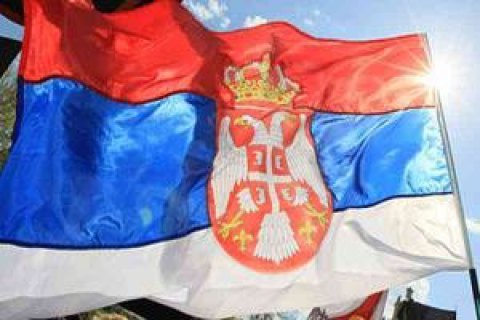 Previously, Ukrainian ambassador to Serbia in an interview with the publication Balkan Insight stated, in particular, that Serbia is doing nothing to stop its citizens from fighting in East Ukraine while Moscow is 'using Serbia' for its battles elsewhere. He believes that the current ties between the Serbs and Russia are an obstacle to solving this problem.

The Serb diplomat, in turn, spoke of "vain attempts to spoil relations between Serbia and the Russian Federation."

He said that Aleksandrovych in a recent "series of scandalous interviews" said that Serbia is unable to pursue an independent foreign policy, being "a tool in the hands of Russia, which thus destabilizes the entire region of the Western Balkans and thus destroys Europe."

In response to the statement of Aleksandrovych about Serbian mercenaries in Donbas, Toncev said that "Ukrainian citizens have participated in the wars in the former Yugoslavia."

Serbia, the foreign ministry spokesman said, respects the territorial integrity of Ukraine and remains committed to the policy of improvement of bilateral relations.

"Given that the repeated remarks of the Foreign Ministry of Serbia produced no effect, I would like to call on to the foreign ministry and the government of Ukraine with a request to make it clear to [Alexandrovych] on the inadmissibility of such conduct. Otherwise. we will be forced to take the usual in such cases measures," said Tonchev .

Previously, the SBU had provided Serbia with information on the participation of its citizens in the so-called private army of Vagner, Russia.

Alexandrovych said that the Serbian side ignored this information.