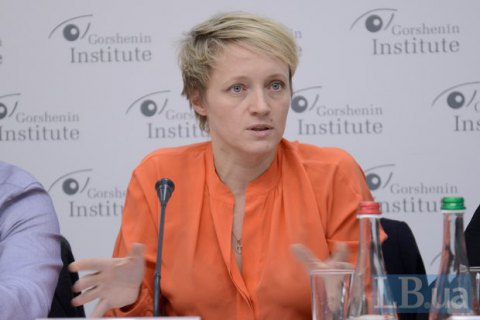 "Ukrainian agribusiness today is an export-oriented industry. Someone sees it as a failure. I think it is a victory. A few years ago we could not even imagine that we would export so much cereals or oils and take leading positions in the export of certain agrarian products," Trofimtseva said.

The official dismissed allegations that the agricultural sector is only a source of raw materials exports and stressed that the domestic agribusiness serves a driver for the development of agricultural technologies, recycling, "green" tourism, organic agriculture and production of organic final product.

"Agriculture is closely connected with other sectors of economy. If you look at the world's leading countries that export agricultural products – the US, Germany, Netherlands – we see that there is a tendency for the interconnectedness of sectors. From agricultural production to processing to healthcare to tourism, agro-technology... It turns into what is called "life sciences". I think we should move in this direction as well," the deputy minister said.

Trofimtseva believes it may take at least five years for Ukrainian agro-industrial complex to reorient the export of high-tech finished products with high added value.

"Nevertheless, I do not see anything wrong with the fact that we use our natural competitive advantages and are major exporters of grains and oilseeds. I think we should feed the world. The population is growing, everyone wants to eat. And Ukraine is one of the few countries that has the potential to grow such products. Let's feed the world," Trofimtseva concluded.