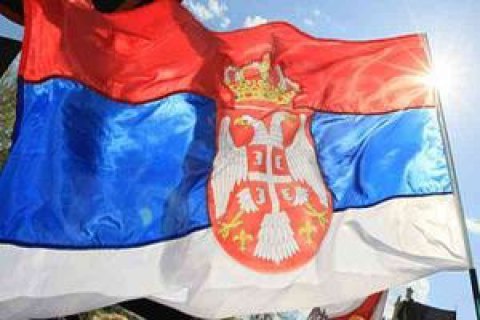 First Deputy Prime Minister and Minister of Foreign Affairs of Serbia Ivitsa Dacic invited the Ambassador to Ukraine Radet Bulatovic to discuss current issues in the relations with Ukraine.

The Serbian Foreign Minister said as quoted by his press office that Serbia has repeatedly stated its support for the territorial integrity of Ukraine, which has been confirmed during Serbia's chairmanship in OSCE.

"Serbia has taken a number of concrete steps to prosecute Serbian citizens who are fighting abroad, including in Ukraine, thus demonstrating its commitment to international obligations," reads the statement of the ministry.

Minister Dacic reminded, meanwhile, that "it is well known that the Ukrainian mercenaries participated in the crimes committed by Croatian forces against the Serbs in Croatia, which Ukraine, unlike Serbia, never condemned."

The ministry asserts that Serbia is still committed to maintaining good relations with Ukraine on the principles of mutual respect.

In an interview with Balkan Insight, Ukraine's Ambassador to Serbia Oleksandr Aleksandrovych said that Serbia is not doing enough to prevent its citizens from being involved in the conflict in Donbas on the militant side. Aleksandrovych believes that the current ties between the Serbs and Russia are an obstacle to resolving this problem.

Earlier, the head of Ukrainian Security Service (SBU) reported that some 300 citizens of Serbia have been fighting on the side of the "LPR" terrorists since the outbreak of hostilities in eastern Ukraine.