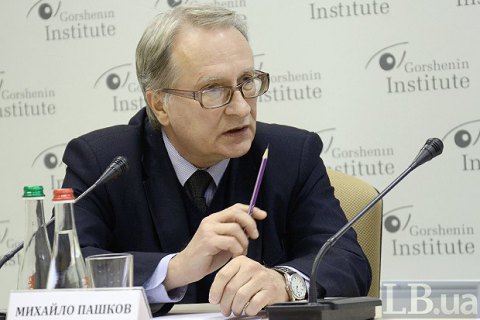 The US relations with European capitals have deteriorated significantly over the past year, co-director of foreign policy and international security programs at Razumkov Center, Mykhailo Pashkov, told a roundtable conference in Gorshenin Institute on Wednesday.

"I would describe the results of the external activities of Trump as problematic. Many of Trump's steps get mixed reception worldwide, including the US pull-out from the climate agreements, impairment of the transatlantic system of trade and economic relations, or leaving the UNESCO," said Pashkov.

No wander Europe is wary of the US foreign policy, the expert believes.

"Indirectly, the European Union's search for future models in the field of security and economy indicate to that. The Rome summit demonstrated the same," said Pashkov.

The US policy towards North Korea, according to the expert, remains problematic.

"On the one hand, fairly contradictory statements ranging between the "fire and fury" and the willingness to sit down at the negotiating table raise many questions. Impression is that this US foreign policy has led to an increase in anti-Americanism in Europe, especially on the eve elections in France and Germany. On the other hand, this led to a cautious and awkward relationships between Washington and European capitals," the political scientist said.

"I am not saying that Trump foreign policy is a flop, but such tendencies largely determine relations between Washington and Brussels, and Beijing and Moscow," said Pashkov.

The expert also noted that relations with Moscow, according to both sides, are at the lowest point. Notwithstanding, Pashkov has no doubts that Russian media will tout the planned Trump-Putin meeting in Vietnam as a true success of Russian foreign policy.