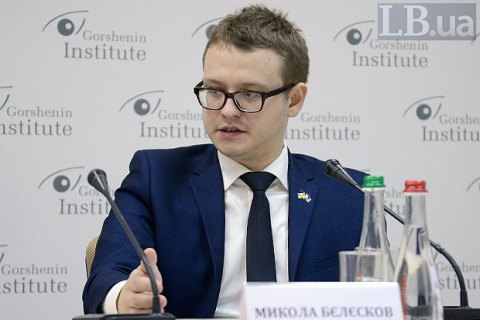 A year after Donald Trump's election, the transition period continues in US foreign policy. The incumbent US administration has documented its position on only three issues: the DPRK, Afghanistan and Iran.

Mykola Beleskov, an expert with the World Policy Institute said Wednesday, 8 November, at a Gorshenin Institute round table conference dedicated to the anniversary of the presidency of Donald Trump said that Asia-Pacific and the Middle East remained the key areas of the foreign policy of both Obama and Trump administrations.

"The first year in the Trump administration, by and large, differs little from the first year of the Obama administration in the sense that both administrations focused attention on the Asia-Pacific region and the Middle East. Unlike Obama, though, Donald Trump in Asia -Pacific region has concentrated exclusively on the DPRK, causing doubts among US allies, particularly from Southeast Asia. Like Obama, Trump has been unable to decide on Afghanistan: whether to send additional soldiers, which strategy to choose – fight terrorism or counter the insurgent groups. In the end, the strategy boiled down to strengthening the presence in the region," the expert explained.

Changes in foreign policy, according to the political scientist, should include the position on Iran. Since the clampdown on Iraq was one of Trump's campaign pledges, he insisted on the revision of the 2015 nuclear deal, which he considers to be one-sided, that is, playing in the hands of Iran.

Beleskov said that the implementation of the new president's the policy on Ukraine proved unexpected.

"In November 2016, everybody was expecting an apocalypse in the US foreign policy towards our region. Based on the campaign rhetoric, the world expected a deal with Russia, but it has never happened. On the contrary, I would venture to assume that with Hillary Clinton in the White House we would rather not see continuation of sanctions the way it goes under Trump's administration. We would unlikely to see a renewed debate about lethal defensive weapons [for Ukraine], too, or how vigorous would be the efforts to resolve the conflict," Beleskov said.

The US national security strategy is still unclear, the political scientist said, although its development has been one of the first orders of the Defence Minister James Mattis, appointed by Trump. The current strategy, approved by the Obama administration in 2015, was found to be ineffective. The US Defence Department promised to publish before the end of the two fundamental documents on national security, in particular on the US position on nuclear weapons.